You are here: Home / Affiliate Updates / “We need to be grateful to the people who helped us get hereR... 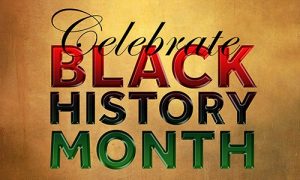 With a severe stab wound on his chest, James Cornish was rushed to Daniel Hale Williams’ practice, Provident Hospital and Training School for Nurses in Chicago — the nation’s first interracial hospital — in 1893, according to The Provident Foundation’s website. Williams founded the hospital in 1891 out of frustration with prejudice against black patients in hospitals; during the 17th century, skin color mattered. The institution quickly became well-known among the black community, and garnered success after Williams performed history’s first open-heart surgery on Cornish. Williams successfully repaired the tear in Cornish’s heart lining and saved his life.

Today, the black or African-American community makes up nearly 5 percent of the nation’s physicians and surgeons, a number the U.S. Census Bureau estimates to increase within the next five years. From Williams’s time to present day, the African-American community has not only reached milestone achievements in healthcare, but many have ignited evolution in the medical industry by achieving the first of certain medical practices. To celebrate African-American healthcare professionals across the nation, the American Health Council (AHC) honors hundreds of its affiliates during Black History Month — an annual observation that celebrates African-Americans throughout February.

From Ghana to Minnesota 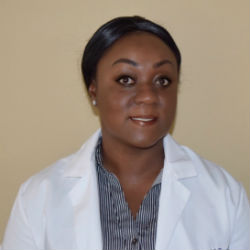 When Dr. Grace Totoe graduated from Kwame Nkrumah University of Science and Technology in Ghana, a nation nestled between Togo and Côte d’Ivoire in West Africa, she set out to accomplish the American dream.

“Back in Ghana, there were only two pathways you could take,” Dr. Totoe, 40, said. “If you were smart in school, then you’re probably going to end on the science pathway. If you were not in science, then you would end up in law.”

Choosing to follow her uncle’s footsteps — a well-known doctor in Ghana — Dr. Totoe earned a Bachelor of Medicine and Bachelor of Surgery degree in 2004. While at Kwame Nkrumah University of Science and Technology, she met her husband, David, and the couple soon wed after medical school. After completing an internship in Ghana, Dr. Totoe relocated to Connecticut in 2007 to begin a residency training at the Yale-affiliated hospital, St. Mary’s Hospital. The following year, David received a dual MPH and MBA from Johns Hopkins University, and by 2010, Dr. Totoe gave birth to the couple’s first daughter, Maia, in Connecticut.

“I was happy in Ghana,” she said. “I really worked hard to pass my exams. I was exposed to different things in my training and internship. The residency was another challenge. In Ghana, I studied pediatrics. And suddenly I was studying adult medicine in my residency. It was challenging for me, it was like going to medical school all over again.”

Although she had reached a significant milestone in her career, Dr. Totoe quickly became aware of her presence in the medical industry. “I was a foreigner,” she said. “A black woman [and] a minority. But I worked with the right attitude.”

After completing her residency, the Totoe family relocated to Minnesota after Dr. Totoe accepted a fellowship in transfusion medicine at the University of Minnesota. Soon after, the couple welcomed their second daughter, and the family decided to permanently remain in Minnesota. “The Midwest is very different,” she laughed. “It’s colder than Ghana, but it’s our home now.”

Patients trickle in and out of her office at North Clinic and North Memorial Medical Center in Minneapolis, a Level Trauma I center, where Dr. Totoe practiced adult medicine as a nocturnist. Today, she practices at Ridgeview Medical Center in Minnesota, where she continues to bloom in her career as an accomplished physician. Boasting an accomplished resume, she acknowledged the efforts that Africans and African-Americans must exude to retain a high-level job in the American workforce. On the road to equality and success, Dr. Totoe and her husband plan to start a primary care practice that continues to focus on adult care to allow more time for her to spend with her children. Because the couple both have family members who still reside in Ghana, they plan to set up a wellness clinic that will provide an array of medical services for locals who seek immediate help.

Forming a part of the fabric that makes up a prosperous medical field in the U.S., Dr. Totoe is one of thousands of African and African-American medical professionals who have achieved a reputable status in the healthcare industry. However, she insists that others reflect on their past as their ancestors faced myriad challenges that paved a path for Africans and African-Americans to follow. “We need to be grateful to the people who helped us get here,” she said. “We need to stay focused in spite of the everyday challenges that may be peculiar to being an African, a woman, a business owner, a mother and a spouse.”

The next step in Dr. Totoe’s journey is to encourage her children to pursue their chosen careers through encouragement and guidance. And while her journey continues to pave a path for her daughters, Dr. Totoe remains grateful to her native Ghana that first provided her the opportunity to pursue a career in the medical field, along with her faith as a devout Catholic that strengthened during challenges and achievements. “The great thing about America is that you can work hard to get to where you want to be,” she said.

Saving lives, one at a time

“I have to make my patients learn how to accept what I teach,” April Scott said. “I’m going to try to teach them what I know, and yet, I know that there still may be the one who completes suicide. Someone can still do it regardless of what I do.”

For eight years, she has conducted dialectical behavioral therapy sessions as a psychiatric clinical nurse specialist at Indian Health Service — an agency within the Department of Health and Human Services that provides health care for American Indians and Alaska Natives — in Phoenix, Ariz. Ms. Scott, 47, implemented the technique in her work, which she said emphasizes individual psychotherapy skills in a group setting that eventually yields individuals with suicidal thoughts to use cope mechanisms to live full, healthy lives. According to behavioraltech.org, the treatment incorporates skills that enhance mindfulness, emotion regulation, distress tolerance and interpersonal effectiveness to help individuals develop a life that they experience worth living. 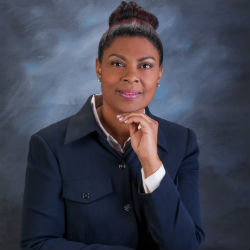 “I can give 100 percent to my job and [patients] can still go through with [suicide],” Ms. Scott continued. “There may possibly be someone who can get around me and do it, but I know that I gave it my all to try to help them.”

Ms. Scott is the first person a patient sees. She assesses each one medically and determines their path based on their medical — and often — suicidal history. A 2016 study by the Centers for Disease Control and Prevention (CDC)) — analyzed by the American Foundation for Suicide Prevention — estimates that although the Caucasian population accounts for the highest suicide rates between 2000 and 2016 (increasing from 11.29 to 15.17 per 100,000 people), American Indian or Alaskan Natives are a close second, increasing from 9.87 to 13.37. Ms. Scott began her career working exclusively with American Indian or Alaskan Natives in Arizona, and provided mental health services to decrease the number of suicide clusters around the area. She later worked for a private company in a crisis response team that assigned her to various emergency rooms and other hospital areas to assess suicidal individuals.

“A few individuals thank me for talking to them,” she said. “They tell me that they’re feeling better and that they’re going to be ok. I can possibly get hopeless myself if I don’t have those instances of successes.”

Each body that gathers in her dialectical behavioral therapy group reminds Ms. Scott to continue to influence those combatting suicidal thoughts. She seeks mental refuge in her 8-year-old son, who often lifts her mood and encourages her to seek personal balance. Although the days may feel somber at times, Ms. Scott said she does not plan to switch careers any time soon, rather, she hopes to continue to strengthen her skills to save lives.

“I’m inspired by Malcolm X and Rosa Parks,” she continued. “And all individuals who stood up for themselves when it wasn’t acceptable. They took risks. They aimed high. And that’s what you have to do to succeed. You have to give it 100 percent.”

Questions about this story? Contact Stephany Reyes at editorial@americanhealthcouncil.org

Follow us on Instagram!
Laurie Truog, BLA, MD is Selected to the American Health Council’s Board of...