You are here: Home / Uncategorized / The American Health Council Appoints Dr. William Hablitzel, MD, to the...

The American Health Council Appoints Dr. William Hablitzel, MD, to the Physician Board 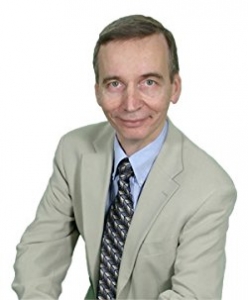 The American Health Council has cordially appointed Dr. William Hablitzel, MD, to its esteemed Physician Board. Amassing an impressive 29 years working as a healthcare professional, Dr. Hablitzel has been recognized for his dedication in field of Internal Medicine, having opened his own private practice, in his role as Adams County Health Commissioner, and as a published author.

Dr. Hablitzel began his career as a firefighter-paramedic for his hometown fire department. This experience highlighted the power of service and the wisdom that can be found in the lives of others during moments of life’s greatest challenges. It was this enlightenment that most impacted him, leading him to make the decision to return to education.

Focusing his studies on Internal Medicine, Dr. Hablitzel completed his B.S. at the Bowling Green State University, Ohio, in 1982. Following on from this achievement, the aspiring doctor was accepted to the Medical College of Ohio, where he attained his M.D., graduating in 1986. It was then that Dr. Hablitzel had the opportunity to complete his Residency at the University of Cincinnati College in 1989 and was honored to become a Diplomat of the American Board of Internal Medicine in the same year. Continually striving to remain ahead in his profession, Dr, Hablitzel maintains membership with the Association of Ohio Health Commissioners.

Enlightened by his experiences, Dr. Hablitzel went on to spend time in the hills of Ohio Appalachia, where he would discover the secrets of healing could be found in the lives and natural beauty that surrounded him, and could be passed on to others through his opportunity to serve. In 1993 he co-founded a free medical clinic at the Adams County Health Department, providing much needed health care to the poor, rural county he would soon settle and call home. Now in its 25th year of operation the clinic also serves as a training opportunity for medical students and residents sharing his realization of the power of healing.

In his role as Health Commissioner, Dr. Hablitzel provides leadership of the Adams County Health Department. His daily duties include; educating the community about public health, monitoring for infectious diseases, supporting food service and septic inspections, providing medical direction for health department clinics, and representing the community at regional and state emergency preparedness functions. The Adams County Health Department enhances the health and wellbeing of the people of Adams County through the prevention of illness, the promotion of healthy lifestyles, and the protection of food, water and environment.

Dr. Hablitzel attributes his success to all of his life experiences to date, having being fortunate to build friendships with two of his English teachers, who taught him an invaluable lesson around nature, birds and the power of story. Throughout their travels together they would search for birds and this led him to the self-discovery that if he was ready to learn, there would always be a teacher with a lesson to share. It was with this philosophy in mind that he would continue to learn through his patients, who he believes to be his greatest teachers of healing throughout his career. By providing him with the insights through their stories, he found extraordinary wisdom which he continues to share with others.

Throughout his many professional accolades, Dr. Hablitzel is proud to have been a part of the Faculty as the University of Cincinnati College of Medicine, for twenty-four years. He also holds in high esteem the accomplishment of becoming a published author of titles which include; ‘Dying was the Best Thing That Ever Happened to Me: Stories of Healing and Wisdom Along Life’s Journey’, ‘12 Secrets for Healing: Sacred Wisdom to Enrich the Healing Life’ and ‘It Was Only a Moment Ago: More Stories of Healing and Wisdom Along Life’s Journey’.

In light of these accomplishments, Dr. Hablitzel was awarded by resolution, honouring his work in rural health care by the Ohio State Senate 1996 and by the Ohio House Representatives 1996. He has also received awards for his publishing which include becoming an Independent publisher Book Award Medallist in 2007 for ‘Dying was the Best Thing That Ever Happened to Me’ and the recipient of the Eric Hoffer Book Award in 2013 for ‘It Was Only a Moment Ago’. On a personal note, Dr. Hablitzel has been named as a Melvin Jones Fellow, from the Lions International. Through his work as a committed as an author/speaker with Sunshine Ridge Publishing, he continues to undertake various guest speaking assignments on the topic of healing.

Looking back at his successful career to date, Dr. Hablitzel feels he is privileged in his ability to help people through various settings; the examinations room, where he can touch one life at a time through to his writing and speaking, where he can reach larger audiences. However, he always remains humbled with the realization that this touch may very well be endless.

In the future, Dr. Hablitzel hopes to continue focusing on public health as Adams County Health Commissioner, whilst also following his path as an author, writing follow up books.

In his time outside of work, Dr. Hablitzel enjoys being outdoors, where he pursues hobbies such as bird watching and writing. 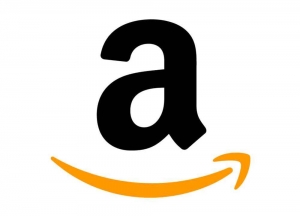