Dr. James Kennedye, MD, MPH, FACEP, has been warmly welcomed onto the American Health Council’s Physician Board in recognition of his outstanding achievements. Working as an emergency physician, the esteemed professional has dedicated over two decades of service to the healthcare industry and has amassed an incredible amount of experience throughout his career.

Straight from high school, Dr. Kennedye began his career as a Navy Seabee, serving as a construction mechanic, and was honorably discharged after eight years of service (active and reserve). Dr. Kennedye then began his academic journey at Oklahoma City University, studying Biological Sciences. After graduating, Dr. Kennedye furthered his studies the University of Oklahoma, obtaining his MD in 1998. This was followed by a residency in emergency medicine at the Washington University in St. Louis in 2002. It was after his time in medical school when he re-entered the U.S Navy, this time as a medical officer. This was then followed by a period of study at Harvard University School of Public Health, achieving his MPH in 2012, and a Health Policy Fellowship at Harvard Medical School between 2011-2012.

Dr. Kennedye is the first college graduate and physician in his family. He originally wanted to be the best physician he could strive to be, with the aim to make a positive difference in the world. But it soon became apparent he held a greater interest in helping move the needle on the health status of the general and the Native American population by working in public health, wellness, prevention and health policy.

Keen to remain at the forefront of his industry, Dr. Kennedye is an active member of several prestigious boards including the Oklahoma City Indian Clinic, which in 2018 won the state quality award for non-profits, and the Oklahoma College of Emergency Physicians, where he undertakes the role of State Vice-President. Dr. Kennedye is also a National Councillor and a member of the State Regulatory and Legislative Committee for the American College of Emergency Physicians.

In his role of emergency physician/public health physician, Dr. Kennedye displays extensive expertise in emergency medicine, public health, Indian health and military affairs. On a daily basis, responsibilities include rapidly diagnosing, treating and deciding the next steps in patient care with a focus on the immediate decision making and action necessary to prevent death or any further disability in the emergency room. Dr. Kennedye treats a diversified population of adult and pediatric patients in response to acute illness and injury.

In the future, Dr. Kennedye is interested in working on a state and national policy scale to attempt to merge community, state and national interests into high quality, efficient and sustainable health care systems. He is also heavily invested in the social determinants of health and weaving these principles into our state and national health systems. Dr. Kennedye has a keen interest in national security, world economy and education, which has led him to consider running for elected office in the next 5-10 years.

Outside of his profession, Dr. Kennedye holds the role of Vice Chairman for the Kiowa Tribe Election Commission and is a Board Member of Red Earth, two organizations he holds very close to his heart. Holding additional associations with the Kiowa Black Leggings and Kiowa Tribal Cultural and Language Revitalization Project, Dr. Kennedye enjoys working on projects with his tribe, the Kiowa Tribe, to help preserve cultural history and language. He hopes that this will inspire more Native Americans, as well as Kiowa, to reach beyond the atrocities and doldrums of reservation life that still reverberate to this day and keep alive their identity as Native Americans that was given to them by their elders through the centuries.

Dr. Kennedye attributes his success to his Catholic faith, his family and from his many life experiences.

Dr. Kennedye counts his family as one of his proudest achievements, with his three children Patrick, a family physician, Jacque, a US Navy pilot and U.S Naval Academy Graduate and Ivy, who is still living at home. In his free time, Dr. Kennedye has a keen interest in motorbikes, dirt bikes and street bikes. He also likes to spend time with his family and enjoy hobbies including cooking and reading. 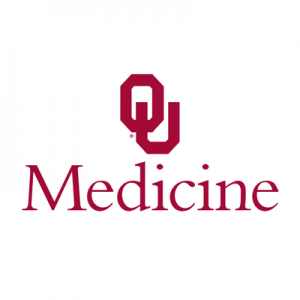 The American Health Council welcomes Dr. Jennifer Dismukes, DO to the Board...

The American Health Council appoints Dr. Blake Brown, DPT to the Board of Physical...
Scroll to top