You are here: Home / Uncategorized / The American Health Council Appoints Ms. Margaret Beitel to the Nursing...

The American Health Council Appoints Ms. Margaret Beitel to the Nursing Board 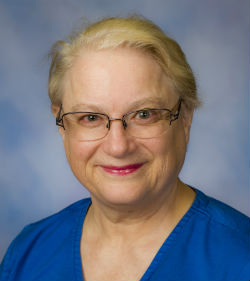 In recognition of over four and half decades of service to the sector, The American Health Council has warmly welcomed Ms. Margaret Beitel to its prestigious Nursing Board. The highly experienced Staff Nurse, from Stayton, Oregon, is highly regarded for her expertise in IVs, Patient Care and Nursing.

Ms. Beitel was first introduced to the profession as a young child. Her aunt was a nurse and her mother has always wanted to become a nurse. It was her mother’s strong encouragement alongside her own desire to help those in need that led her to pursue a career in the healthcare field.

Having attained her ADN in Nursing from Good Samaritan in 1972, Ms. Beitel entered the Army Nurse Corp for two years after nursing school as a 2nd lieutenant, before she was honorably discharged. For the past thirty-eight years, Ms. Beitel has upheld the position of Staff Nurse at Salem Health, where her day to day responsibilities include caring for patients with heart conditions, performing IVs on patients with difficulty starting their IVs and code blue patients. As a highly experienced professional, she also troubleshoots issues that may arise throughout her shift..

Over the course of her impressive career, Ms. Beitel has received numerous letters of recognition from her patients stating they were well-cared for by her service, and she attributes her success to this continued acknowledgement. She also holds her induction to the Honor society in nursing school in particularly high esteem.

Keen to remain at the forefront of her profession and in addition to her membership to the American Health Council, Ms. Beitel is also affiliated with the Infusion Nurses Society and the American Association of Critical Care Nurses.

Her goals within the next five years include retiring, although she plans to keep up her RN and CRNI. Following retirement, she hopes to explore volunteering opportunities within her community and exploring what else the healthcare industry has to offer.