The American Health Council has warmly welcomed Mrs. Tiffany Cossey, MCD,CCC-SLP to its prestigious Industry Board. Amassing 10 years experience working in the healthcare industry, Mrs. Cossey is an expert in her field as a Speech Language Pathologist and accomplished in owning her own practice, No Limits Therapy Company.

Mrs. Cossey began her academic endeavours at the Arkansas University, where she graduated with her Bachelors in Communication Disorders in 2005. Following on from this, Mrs. Cossey decided to continue with her studies at Arkansas to achieve her Masters in Communication Disorders, MCD in 2007. Adding to her impressive educational background, Mrs. Cossey also became Nationally Certified and State Licensed as a Speech-Language Pathologist.

Mrs. Cossey first became interested in pursuing a caring profession at a young age. After visiting her grandmother in the hospital after a stroke and witnessing her receiving speech therapy after not being able to speak, she was intrigued by the role of speech therapy. After having the opportunity to observe this work further at a pediatric level, she knew this would be the role for her and decided to switch from her original goal of teaching to speech therapy. Having worked with adults for 7 years, it was her later experience from having her son ‘Griffin’ that led her to work with children. After he was diagnosed with autism, she strived to help others like him, and this gave her the inspiration for opening her own clinic.

Mrs. Cossey has spent 3 years in her current capacity as a Speech Language Pathologist at her own practice, No Limits Therapy Company. No Limits Therapy was started with one mission in mind, to create a family friendly environment with therapists who treat the children like their own. They look past the diagnosis and see a child or young adult as a person, not a label or a number. They provide them with the services they need to function at their most independent level possible, believing that there are ‘No Limits’ to providing them with the tools the need to thrive. The clinic was designed to have a family friendly atmosphere and includes a sensory gym that is beyond state of the art.

Having opened in March 2016, No Limits Therapy is family based, offering services including Occupational Therapy, Speech Therapy and Physical Therapy, with particular specialities in Pediatric-Autism, Developmental Delays, Apraxia, swallowing/feeding and more. The clinic also offers occupational and physical therapy services, including Aquatics Therapy in association with the local pool. Mrs. Cossey’s daily role is seeing her treating pediatrics for gross developmental delays, ranging from birth through to 21 years old.

As part of her ongoing commitment to the sector, Mrs. Cossey is currently working with local pediatrician to create a local pediatric autism diagnostic team. Coordinating with Arkansas Children’s Hospital as part of the Community Based Autism Liaison and Treatment project (CoBALT). Mrs. Cossey traveled to Vanderbilt University in October 2018 to further her training in diagnosis for Autism Spectrum Disorders.

As the recipient of many professional accolades, Mrs. Cossey was most notably nominated for the Leader in Education and the Community Collaboration awards from the Batesville Chamber of Commerce in 2017.

In an effort to continually broaden her knowledge, Mrs. Cossey is an ongoing member of the American Speech Language and Hearing Association and also fulfils the role of Chairperson for the local Early Start Program and other community/city based programs.

In the future, Mrs. Cossey aspires to grow and expand her current outpatient clinic to offer more services, She also plans to move to a bigger location, which would allow her to serve even more patients and families.

In her time away from work, Mrs. Cossey enjoys spending time with family. Her family also runs a small cattle/hay farm which keeps them busy outside of the therapy clinic. Mrs. Cossey is also extremely charitable and is associated with the Special Olympics, Autism Law Enforcement Response Training and Macy’s Miracles. Despite leading a very hectic life with many commitments, Mrs. Cossey and her family try to head off on vacation at least once a year to Florida. 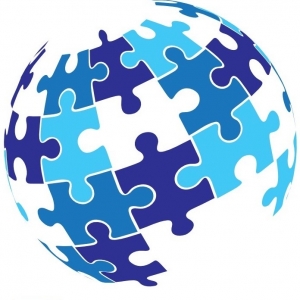