You are here: Home / Uncategorized / The American Health Council Appoints Dr. Peter Fecci to the Physician ...

The American Health Council Appoints Dr. Peter Fecci to the Physician Board

The American Health Council has cordially invited Dr. Peter Fecci to its prestigious Physician Board. Dr. Fecci has dedicated the past ten years to working in healthcare, and is particularly noted for his contributions in the role of Assistant Professor of Neurosurgery.

Dr. Fecci knew from an early age that he wanted to be involved in medicine. With a passion for science, he always enjoyed solving problems. Naturally a very sociable child, Dr. Fecci interacted well with people and was always backed by the encouragement of his family.

Dr. Fecci began his academic studies by attaining his BS in Neurobiology and Behaviour in 1999. Following on from this, he went on to complete his MD at Duke University, before undertaking his Residency at the Mass General Hospital, Harvard University and his Post-Doctoral Fellowship at the Dana Farber Cancer Institute, Harvard University from 2007 through 2014.

In his current capacity, Dr. Fecci has fulfilled his role of Assistant Professor of Neurosurgery for the past three and a half years at the Duke University Medical Center, displaying extensive expertise in the areas of Immunotherapy, Neurosurgery, Brain Tumor Immunobiology and Immuno-therapeutic Design. Daily responsibilities include working partially in research and partially in clinical work. Dr. Fecci is the director of the Duke Crain Tumor Immunotherapy Program where he has a focus on bringing the latest immune based therapies for primary brain tumors and brain metastases to clinical trial.

Attributing his success to his mindless perseverance, Dr. Fecci envisions his goals and works towards them with conviction and a strong sense of knowing what he wants to achieve. Dr. Fecci is extremely proud of his research, becoming the first to uncover the role of regulatory T-cells in limiting immune responses in patients with brain tumors. Since then, he has continued to pioneer and re-engineer understanding of T-cell dysfunction in cancer.

In recognition of his many professional accolades, Dr. Fecci is proud to have received numerous awards for his professional accomplishments. These include the 2011 NIH Loan Repayment Program Award, the 2013 Matson Award for Best Basic Science Research from New England Neurosurgical Society, the 2013 Preuss Award for Neuro-Oncologic Research from the Congress of Neurological Surgeons, the 2015 Induction, Alpha Omega, Alpha Medical Honor Society, the 2015 Sontag Foundation Distinguished Scientist Award, the 2015 Resident Advocate Award, the 2016 Prince Mahidol Youth Mentor Award from the Prince Mahidol Award Foundation, Thailand and the 2016 Duke Health Scholars Award, Duke University School of Medicine.

In a continuous effort to broaden his knowledge and provide the best treatment to his patients, Dr. Fecci maintains membership to several professional associations including the Executive Committee, the Tumor Section on Brain Tumors for the American Association of Neurological Surgeons (AANS) and the Congress of Neurological Surgeons (CNS), the Society for Neuro-Oncology (SNO) and the Medical Honor Society, Alpha Omega Alpha.

Looking to the future, Dr. Fecci plans to move into more of an administrative role in the Center for Brain Metastases that is due to be built. Taking an interest in the new center, Dr. Fecci aspires to share his vision for the new building including areas such as improving access, providing white glove service to patents, and recruitment to build a premier center from the ground up.

Outside of work, Dr. Fecci is a Level 3 Wine Sommelier. In his free time he enjoys traveling whilst also indulging in fine dining, wine, and bourbon. Dr. Fecci also commits his time to charitable causes including the Sontag Foundation, the Frankie Lemmon Foundation, Carolina for Kibera and Good Will.

Associate Professor of Neurosurgery at Duke University School of Medicine 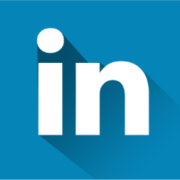 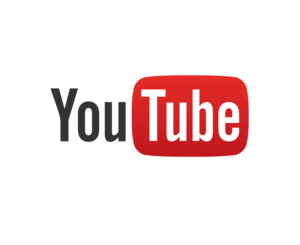 The American Health Council Appoints Mr. Paul Duff to the Physician Board