The American Health Council welcomes accomplished clinician and Associate Professor of Nursing Charles Tucker, DNP, MSN, RN, CNE to its Board of Nurses. Dr. Tucker will be bringing his expertise in Teaching, Medical/Surgery, and Pediatric to the Nursing Board. With almost three decades in the healthcare industry, 14 of which were in academia, Dr. Tucker boasts a record of excellent patient care and a commitment to continuous nursing education. The American Health Council Board of Nurses acknowledges Dr. Tucker’s passion for teaching and diligence as an educator.

Upon a recommendation from his cousin, Dr. Tucker took an EMT class where his interest in healthcare first materialized. Throughout such scholastic experiences, Dr. Tucker realized he liked helping others and decided to pursue a nursing career which would allow him to do so. He began his career with a Bachelor of Science in Nursing (BSN) from West Carolina University. Intent on furthering his nursing education and further develop his knowledge base, Dr. Tucker earned a Master of Science in Nursing (MSN), and subsequently a Doctorate of Nursing Practice (DNP) in 2013 from Gardner Webb University. He also gained his certification as a Nurse Educator (CME) from the National League for Nursing. After some years as a bedside practicing clinician, Dr. Tucker transitioned into an academic role where he can generate new scientific nursing knowledge and train the next generation of nurses. He is presently Associate Professor of Nursing and Simulation/Lab/Clinical Coordinator at Mars Hill University, where he has been for the past two years.

In addition to his responsibilities as Clinical Coordinator, Dr. Tucker teaches medical/surgical classes and fulfills some diagnostic duties. He cares for patients, performs health assessments, and provides an appropriate course of treatment. He champions the mission of engaged, rigorous education rooted in Christian faith that defines Mars Hill University as an organization. In 1999, Dr. Tucker was named among the Great 100 Nurses in North Carolina for his commitment to compassionate and trusting patient care. Additionally, he is professionally associated with the International Nursing Association for Clinical Simulation and Learning (INACSL), the Society for Simulation in Healthcare (SSH), as well as the North Carolina Nurses Association. Dr. Tucker is especially fulfilled by his teaching work. He takes distinct pleasure in the success of his students and mentees.

Dr. Tucker has enjoyed increasing success throughout his career which he attributes to the support of his family and his own hard work. Within the next five years, he hopes to continue growing as a nursing academic authority, including becoming a Director or Dean of a nursing program. Dr. Tucker enjoys fishing and reading on his porch in his leisure. A testament to his passion for helping others, Dr. Tucker donates his time and resources to the Christ United Methodist Church. The American Health Council Board of Nurses commends Dr. Tucker for his exceptional professional dedication and welcomes him to its network of healthcare professionals. 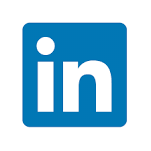